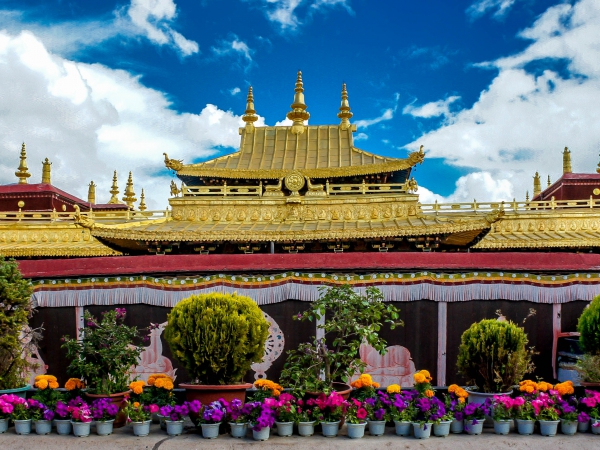 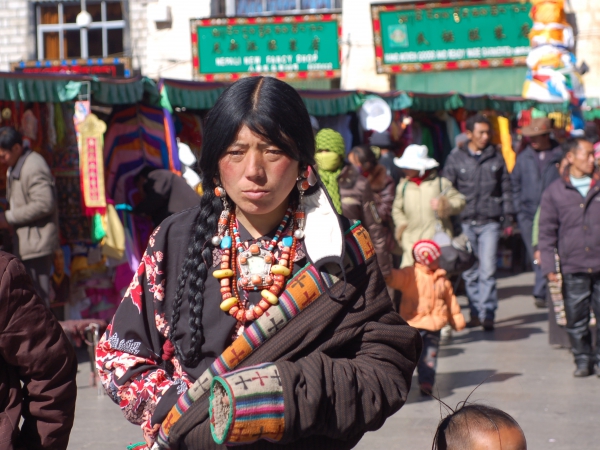 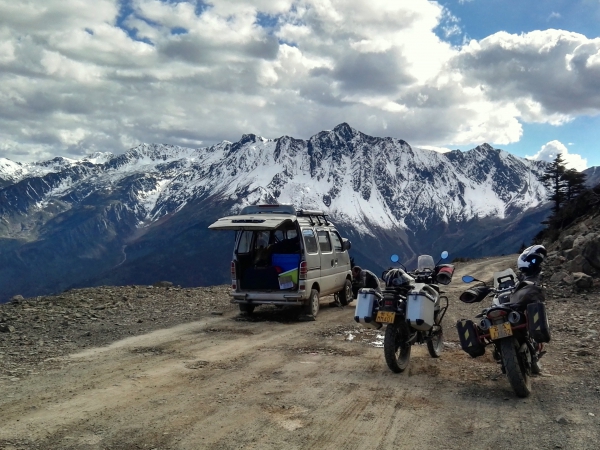 Tibet (Lhasa), four night and Five Days Tour is one of our popular plans designed for your visit. Lhasa, the capital city of the Tibet Autonomous Region is a historically worthy city dated back to more than 1300 years in the history of Tibet. Lhasa is located at an altitude of 3650 meters above sea level. The age old monasteries and temples in the city have preserved many historical relics, Buddhist scriptures, arts and crafts.

Over two million people inhabit this land of rich natural resources and ancient cultures. Spiritual traditions, temples and monasteries, lakes and rivers, and mighty snow clad peaks are just a few of the intoxicating wonders to be experienced by adventurous travelers who get the opportunity to visit this land.

So come and visit the land rich in mountains, monks, mystery and adventure. You will enjoy the sightseeing tour to Lhasa city where you will explore the the wonderful Potala palace, Norbulingka Monastery, Sera Monastery, Jokhang temple, the bustling Barkhor Streets and many more. Lhasa has only one international air-connection with Nepal.

Air China is the only one airline that provides services in between two capital cities. There will be 3 flights in a week usually from May to September. This Tour starts after you take an hour flight from Kathmandu to Lhasa with spectacular mountain views of the beautiful mountain ranges.

Day 1 : Kathmandu/Lhasa (By Flight)
When you arrive in Lhasa either by train or flight, your guide will greet you and take you to your hotel. Tourists may view the Yarlung Tsangpo River/ Brahmaputra river (the Longest and largest river in Tibet) and Lhasa river on their way to Lhasa. After arriving in Lhasa, you can take a rest and get acclimatized to high altitude. If you feel to go out, then you can go to the Potala Square, where you will enjoy the fountain with different colors and get amazing photos of the Potala and around. Stay overnight in Lhasa.

Day 2 : Lhasa tour - Potala Palace, Jokhang and Barkhor Street. (Bed/Breakfast)
Todays tour will first bring you to the Potala Palace which is the winter palace of the Dalai lama. It was put to use since the 7th Century by the 33rd great king of Tibet. The most valuable collections of Potala Palace are the gilded burial stupas of former Dalai Lamas and meditation Cave of the 33rd great king of Tibet.Then after lunch, tourists head to Jokhang temple which was founded by the 33rd great king of Tibet in the 7th century, in order to promote the Buddhist religion. Inside you can see the statue of Buddha Sakyamuni at the age of twelve, perhaps the only most venerated object in Tibetan Buddhism. Around the temple is Barkhor street where you can do kora (a religious circle of a building or mountain) with pilgrims and locals, in the meantime you can buy souvenirs.Stay overnight in Lhasa

Day 4 : Lhasa/Yamdrok Lake/Lhasa. (Bed/Breakfast)
Today, we have to drive from Lhasa to Gyantse. On the way, the group will pass over the Gampala pass (4790 m),and tourists will have a glimpse of Yamdrok-tso Lake (4400m) .The Lake is surrounded by many snow-capped mountain and in the distance you have spectacular views of Holy Mount Nyenchen Khangsar (7191m), the highest mountain near Lhasa. Then drive back to Lhasa. Stay overnight in Lhasaa.

Day 5 : Lhasa/Kathmandu (By Flight) : Onward destination.
The guide will transfer you to the airport or train station and help you on board.

Airport picks up drop by car

Transportation bus /jeep as per group size. (in Tibet)

Sightseeing and monastery entrance fees as per our itinerary.

Hotel-airport-hotel transfer in Lhasa and Kathmandu.

Lunch and Dinner in Tibet

Personal expenses such as a drink, phone, laundry etc..