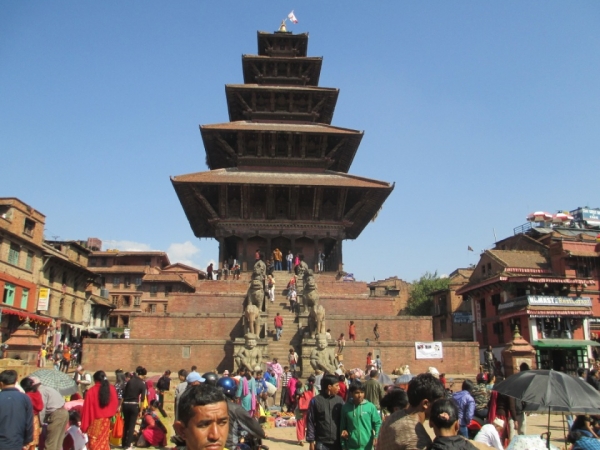 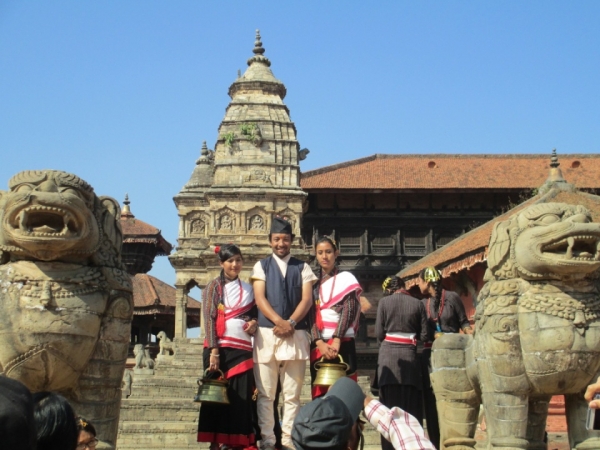 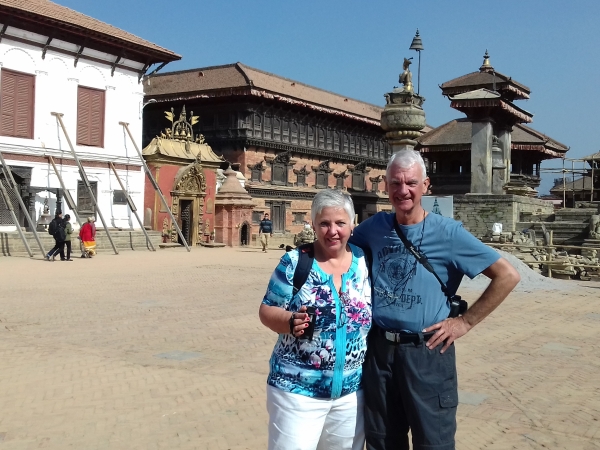 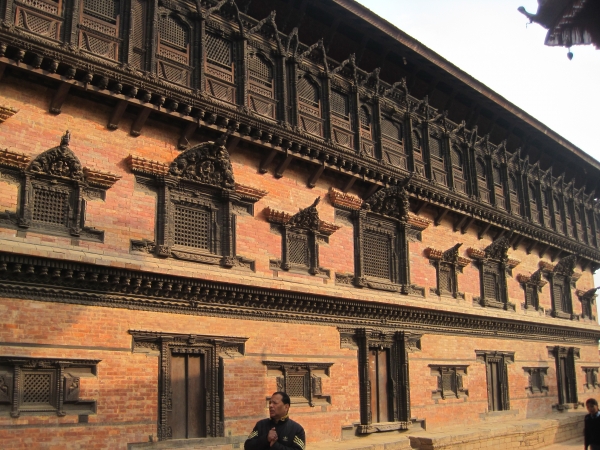 BHAKTAPUR DURBAR SQUARE: (UNESCO-Heritage Site) Bhaktapur Durbar Square is located in the heart of the Bhaktapur City. This is lying at 12 KM east of capital city Kathmandu. Bhaktapur is the city of Devotees. It is locally known as Khwopa and Bhadgaon which is world renowned for its elegant art, fabulous culture, colorful festivals, traditional dances and indigenous lifestyle of different people of different religion.

For its majestic monuments, temples and the native typical Newar lifestyle best known for their long history of craftsmanship, the ancient city is also variously known as the City of Culture, Living Heritage, Nepals Cultural Gem and An open museum. Given such unequaled opulence in ancient art and culture, Bhaktapur is more like an open museum, and the amp310325biance here is such that it instantly transports visitors back by centuries. This conch shaped historic city is spreading over an area of 6.88 squares KM at 1,401 meters above sea level, which was founded in the 12th century by King Anand Dev Malla.Bhaktapur was the capital city of the Greater Malla Kingdom till the 15th century AD. The many of Bhaktapurs greatest monuments were built by the then Malla rulers.

The ancient ritual dances and festivals are still observed by the locals with the same fervor and enthusiasm as their ancestors did centuries ago. King Yaksha Malla (15th venture) heavily fortified this city. Bhaktapur has its gem in Durbar Square and Changu Narayan temple-- a World Heritage site listed by the UNESCO. Strewn with unique palaces, temples and monasteries best admired for their exquisite artworks in wood, metal and stone, the palatial enclave has bewitched pilgrims and travelers for centuries. Yet, they are not all though. Stretching all along the township, the panoramic Himalaya levitates in the skyline as if to keep vigilance on the city enviable beauty and splendor. It grows from a collection of villages strung along the old trade route between India and Tibet. The cultural traditions of Bhaktapur are no less glorious than its artistic masterpieces.

Consequently, the city is still a venue for a great many festivals and cultural dances, many of them as unique as the city itself. While Bhaktapurs Gai-Jatra (July/August) and the tantrically-inspired Nava Durga Dance (October-June), which is comprised of the citys protectors deities, are the only ones of their kinds in Nepal, the Bisket Jatra (April), one of Nepals greatest and most exciting festivals, is the only such event observed according to the official solar calendar. Besides the physical monuments and cultural festivities, the Newars of Bhaktapur have also inherited a long history of craftsmanship. It is here where visitors can have rare close-up views of Nepal s master craftsmen giving continuity to their time-honored traditions of art. In its two famed Pottery Squares, they can see potters giving shape to lumps of clay on their traditional wooden wheels.

Besides, they also encounter the citys well-acclaimed artisans who, with their wondrously skilled hands, produce a great variety of handicrafts. Bhaktapurs indigenous handicraft varieties include paubha scroll paintings, papier-mch masks, cotton cloth, woodcarvings, and metalwork, jeweler and ceramic products. In addition, the home-spun Haku-patasi (black sari), black cap and the delicious Juju-dhau (Curd), literally the King of all yogurt varieties, have also made this city a favored spot for tourists and the Nepalese alike.