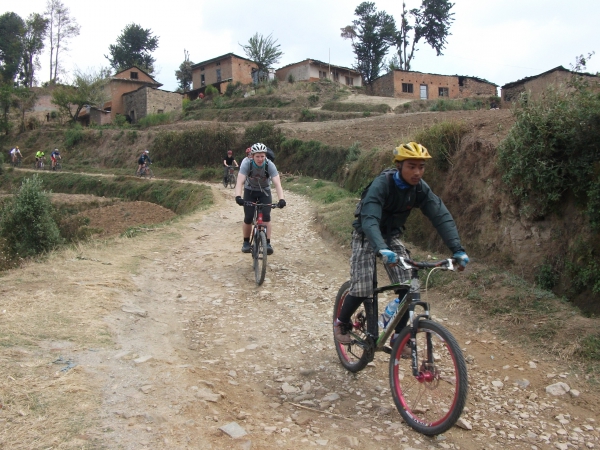 We do Biking Tour in Kathmandu on this Beautiful and Historical Areas. Kahmandu Durbar Square is the historic seat of Shah Dynasty. The Durbar Square, with its old temples and places, epitomizes the religious and cultural life of the people. It is here that Kings of Nepal are crowned and their coronations solemnized. Interesting things to see here are; Taleju Temple built by King Mahendra Malla in 1549 A.D., Kal Bhairav, the God of destruction, Nautalle Durbar, Coronation Nasal Chowk, the Gaddi Baithak, the statue of King Pratap Malla, the Big Bell, Drum and the Jagannath Temple.

Day 1 : Swoyambhunath Stupa,Pashupatinath Temple ,Boudhanath Stupa,Bhaktapur,Patan Durbar Square
Swoyambhunath Stupa, atop the hillock is one of the holiest Buddhist sites in Nepal enlisted in the World Heritage Site. Pashupatinath Temple is situated five kilometers east of Kathmandu and it is the temple of lord Shiva-Pashupatinath with two tiered golden roof and silver doors which is famous for its superb architecture. Boudhanath Stupa lies 8 km. east of Kathmandu. This ancient colossal stupa is one of the biggest in the world and the center of Buddhism in the world. It was listed in the UNESCO Heritage Monument in 1979. Bhaktapur -This city is still on the fringe of medieval age. Known as Bhadgaon, it is famous for making mask. Their mask dance is very impressive. Square around the palace (Durbar Square) has many temples built in pagoda style. Famous are a five storied Nyatapola temple built in 1708 AD and Dattatrya temple built in 1427 AD. The intricately carved peacock window and numerous fountain inside the palace are other attraction. You can extend the tour to Changunarayan (temple) located on a hill top. Patan Durbar Square, most prominent place to see is Krishna Mandir which was built in the seventeenth century. This temple holds a commanding position in the palace complex of Patan. It is supposed to be the first specimen of Shikara style architecture in Nepal. It is the only temple in Nepal having 21 spires and is completely made of stone. Golden Temple and Durbar Square are some important places to see in Patan.