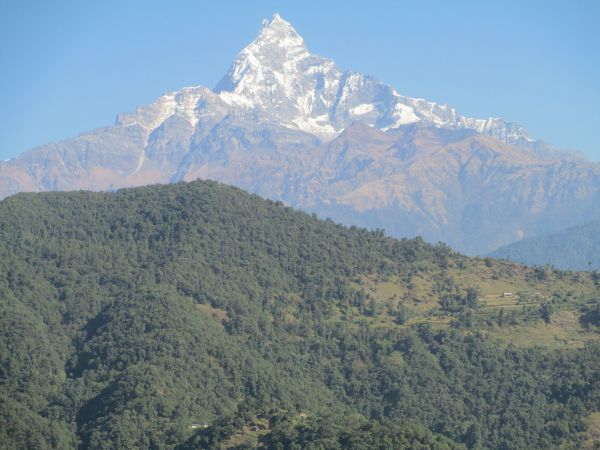 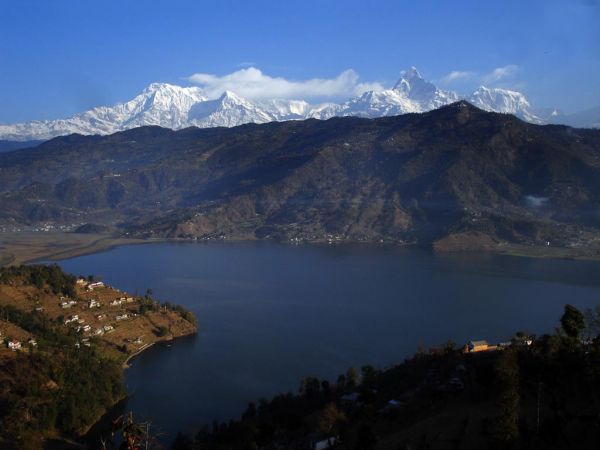 Pokhara is the Second largest and beautiful city of Nepal. Which is 200km. far from Kathmandu.Which sits high on the list of must visit places in Nepal. Tourists on extended holidays in Nepal make multiple visits to this famous valley of the seven lakes three lakes being major ones. The tourist district of Pokhara better known as Lakeside Pokhara is quite distinctly separate from Pokhara city. Lakeside sprawls beside Phewa Lake and is reminiscent of Thamel except for the ample space and miniscule traffic which makes Pokhara so much more enjoyable and relaxed than its counterpart in Kathmandu. The enchanting Pokhara valley with the dominating presence of Mt. Machhapuchhre (Fishtail Mountain) in the background is the gateway to the Annapurna region where many a trekker finds his Shangri-la. Pokhara is also ideally placed for adventure sports such as: rafting, paragliding and ultra-light flights. The relaxed atmosphere on the shores of Phewa Lake gives a trekker a much needed respite from days of hiking up and down the hills and mountains on one of the popular Annapurna treks. The crowded bars and restaurants are the places to seek companionship, where tall stories and real life experiences are shared with perfect strangers. The friendly Nepalese make a tourist feel at home to the point where many stay on for extended periods and come each year to seek those friends he/she has made and to find peace of mind.

Pokharas bewitching beauty has been the subject of many travel writers. Its pristine air, the spectacular backdrop of the snowy peaks, the serene lakes and the surrounding greenery make it the jewel in the Himalaya, a place of remarkable natural beauty. Mt. Machhapuchhre (6,977 m) has a mesmerizing effect on any nature lover and the Phewa Lake creates an ambience of peace that is magical. Warmer than Kathmandu because of its lower altitude, Pokhara is pleasant in the winter and has a rich flora and fauna making it ideal for bird watching.

Pokhara once lay on the important trade route between India and Tibet. To this day, mule trains arrive and set up camp on the outskirts of the town, bringing goods from remote regions of the Himalaya including Mustang. The people of this region are predominantly Gurungs and Magars, hardworking farmers who are known for their valor and have earned world-wide fame as fierce Gurkha warrior soldiers. The other well-known ethnic group found here are the Thakalis. Known for their entrepreneurship, they run many tea houses along the trek routes in the Annapurna region.